photography by Jessica Amerson
Andrea Vasquez (pronounced on-dray-uh) is a Nashville-based country artist who grew up in a musical family in Los Angeles, CA. Her family encouraged her from a young age to pursue a career in music. She was inspired by artists like Carrie Underwood and Shania Twain, finding herself chasing a country music dream from early on. At the intersection of modern country sounds and her Latin-American roots is where she ended up on her musical journey. But she's just getting started.

Of her upbringing, Andrea says, "My family is incredibly musical and most importantly, supportive. I wanted to pursue music at an early age and they never made me think twice about it. They pushed me to go to school for music business and performance, and to make the move to Nashville, which I'm so thankful for. I came to Nashville almost three years ago on my own and it was a slight adjustment coming from California. I will say Nashville is a great place for someone to transition to from out of state because the overall feel of this town is a nice sense of community."

Andrea has just released a new single, "Now I'm Gone," and says she wrote the song a few years ago and re-visited it after going through "some things that made the song much more relatable and meaningful." The tune's overall message is that there is power in walking away from an unhealthy situation and realizing how much better off you are when you do.
And like most songwriters in Music City, Andrea has found enjoyment in the co-writing process. 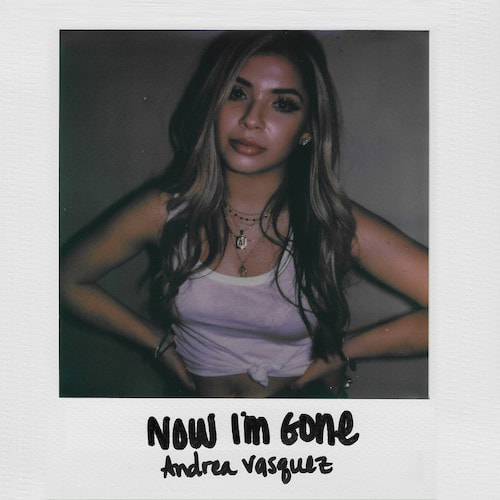 She says, "I like to come up with a general idea on my own and share those ideas with a handful of people that I trust and like to co-write with. I think a lot of the best ideas come from working as a team. I also need those outside opinions to give me honest feedback or to hear something I didn't hear that could make a song that much better. You can tell there are such good people in Nashville and there are a lot of "transplants" who are also trying to figure it all out. It's been great meeting other artists, specifically, people in the industry. But overall, everyone is trying to help one another, which I find so refreshing coming from a city like Los Angeles."
Andrea seems to have adjusted well to Nashville and has her favorite go-to places like the rest of us. "I love Full Ride Cycling, my favorite place to get a great workout if you are looking for a spin studio. Cured Nails in East Nashville is another favorite of mine. The staff is the best and I feel so relaxed when I'm there. I'm a major foodie too! Some of my favorite places to grab a bite are Burger Up, Butchertown Hall, and Five Daughter's Donuts. I could really go on, there are such great food options out here!"
Check out Andrea's acoustic music video for "Now I'm Gone" below.